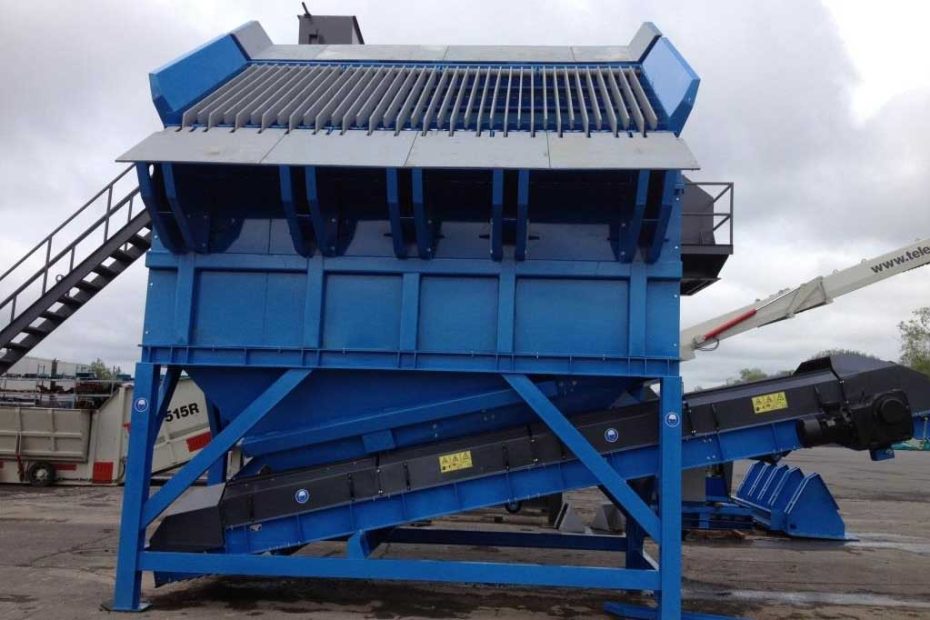 A belt feeder can be incorporated into a conveyor to introduce material to the system at a controlled rate from a bin or hopper. This allows for a consistent feed rate from an otherwise uncontrolled feeding source.
Belt feeders bring precision control to material feed rate in nearly any operation handling bulk solids, but they require a few special considerations to achieve a lasting, efficient feeder. A belt feeder uses a moving belt supported by idlers and is very useful when handling sticky or fibrous materials or for controlling flow from large, slotted hopper outlets when handling cohesive materials. A belt feeder is not recommended when handling fine powders or fluidizable materials.

Head load can be reduced in three different ways

While feed rate is primarily a result of belt speed and slide gate height, skirt boards, or skirting, can be used to increase the feed rate capacity.

Skirt boards serve to contain material on the belt by providing additional structure for material to rest against. This often allows operators to “over fill” the conveyor and reach a higher capacity. However, this must be carried out with caution, as the next conveyor must also be capable of handling the load, and since it is not cost-effective to fully skirt long conveyor spans, the conveyor following the belt feeder is typically not skirted and will not be able to contain as much material, though the increased speed of this conveyor helps to make up for this.

Since belt speed is a primary factor in adjusting feeder flow rate, a variable frequency drive, or VFD, is an essential component of the belt feeder.

The VFD allows operators to adjust belt speed in response to changing particle size or fluctuations in capacity during startup or shutdown. Were a VFD not utilized, operators would have no control over belt speed and would be limited in their adjustments by the strike-off plate, which itself is limited by the maximum allowable height adjustment.

The conveyor following the belt feeder commonly employs a belt scale. A belt scale weighs the material on the conveyor in order to confirm the desired feed rate.

Belt scales are particularly useful when material is prone to flow problems such as ratholing, as it can help to indicate when a reduction in feed rate has occurred.